THE PRECIOUS JOURNEY OF DANTE

The Divine Comedy in the jewels by PERCOSSI PAPI 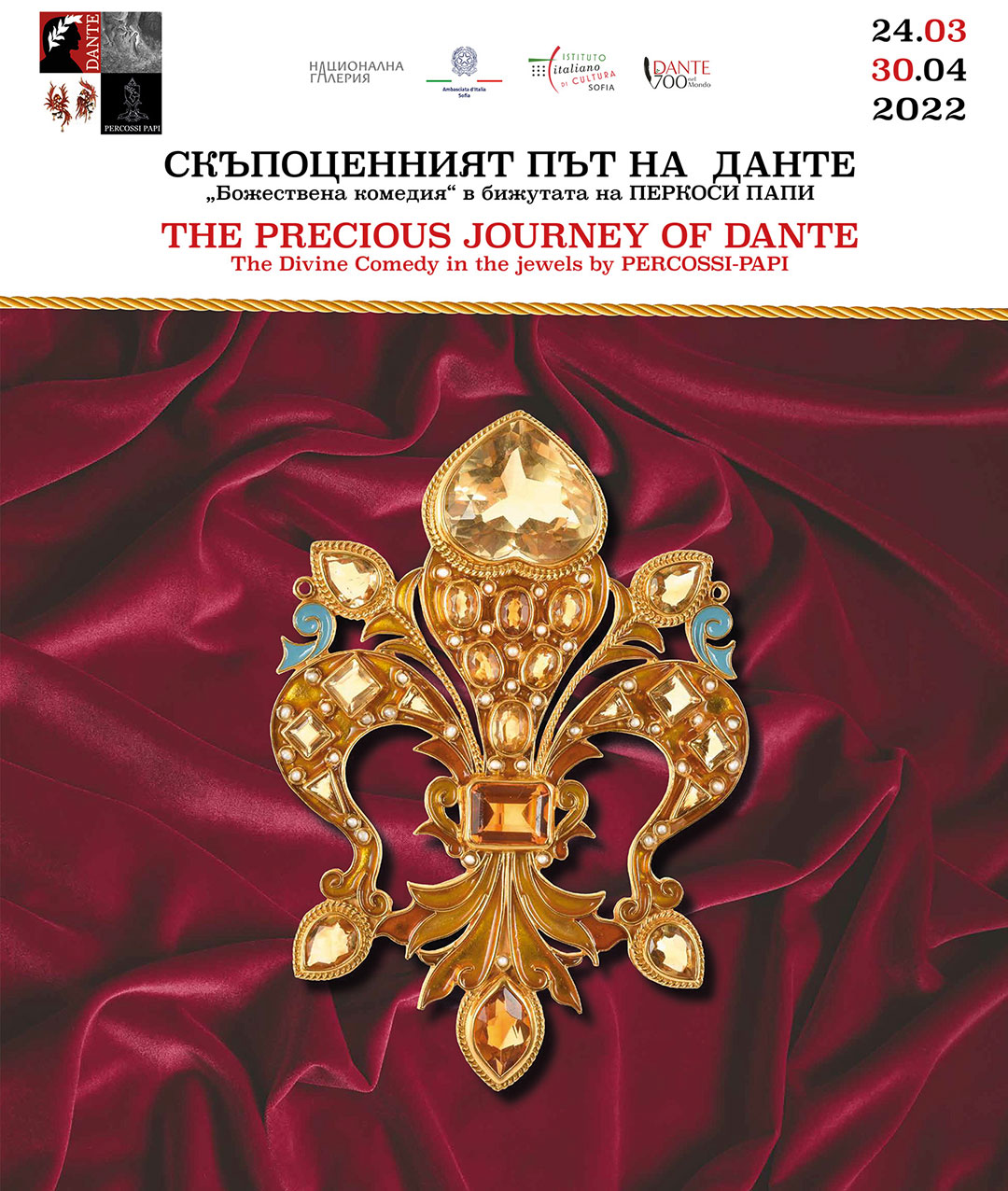 In marking the 700 th anniversary of Dante’s death, the Percossi-Papi atelier pays homage to the Great Poet by narrating, by means of precious jewels and objets d’art, the path of Alighieri throughout the Divine Commedy.

Charon, the Minotaur and the Erinnyes introduce the Inferno through unsettling and opulent forms.

In Purgatory, envy, wrath and gluttony represent the most feared Cardinal Sins, while Paradise is resplendent with jewels, miniatures and light.

Artistic installations and precious creations both contemporary and antique in style, wish to highlight the absolute latter day importance of this written work.

Charon the ferry man, the three Erinyies and the hideous Minotaur unsettlingly represent Dante’s ingress and passage through Hell.

The full sized installations, set upon pedestals, have the purpose of inspiring the visitor with the same fear felt and described by the Great Poet on his encountering them.

The terrible and fearsome ferry man welcomes the visitor just as he did Dante on the threshold of Hell.

The arms, with which he moves the oar and beats the souls as he bears them across the Acheron river to the other side, are covered in jewels but are nonetheless terrifying. 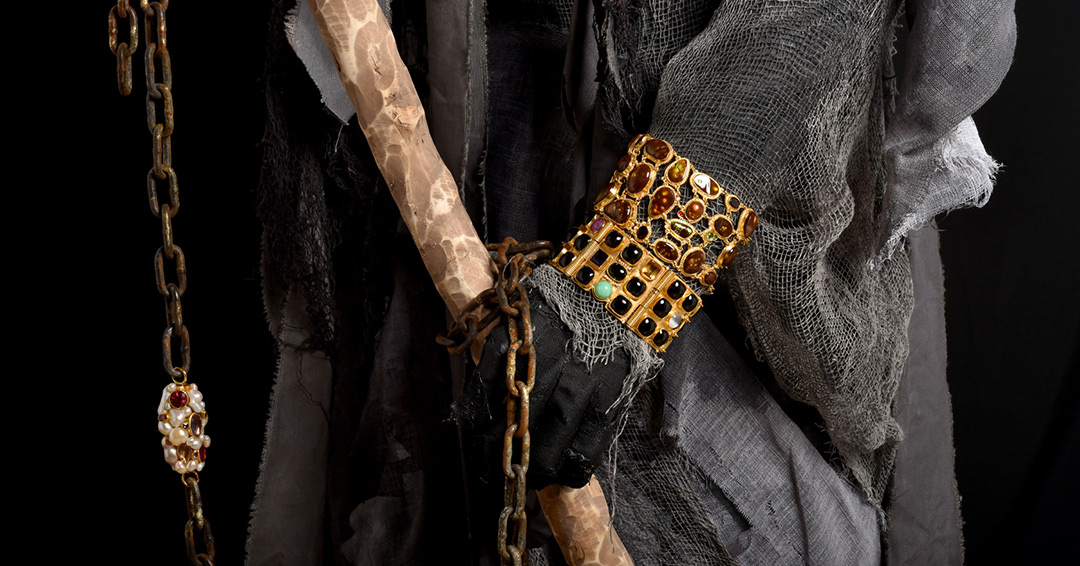 The Minotaur is a monstrous creature, wildly ferocious, with the body of a man and the head of a bull.

Banished to the labyrinth created by Dedalus, he feeds on young boys brought there as sacrifice.

He is the symbol of those who are violent to others, assassins who, in Hell, are cast into the Flegetonte river; a river of boiling blood. 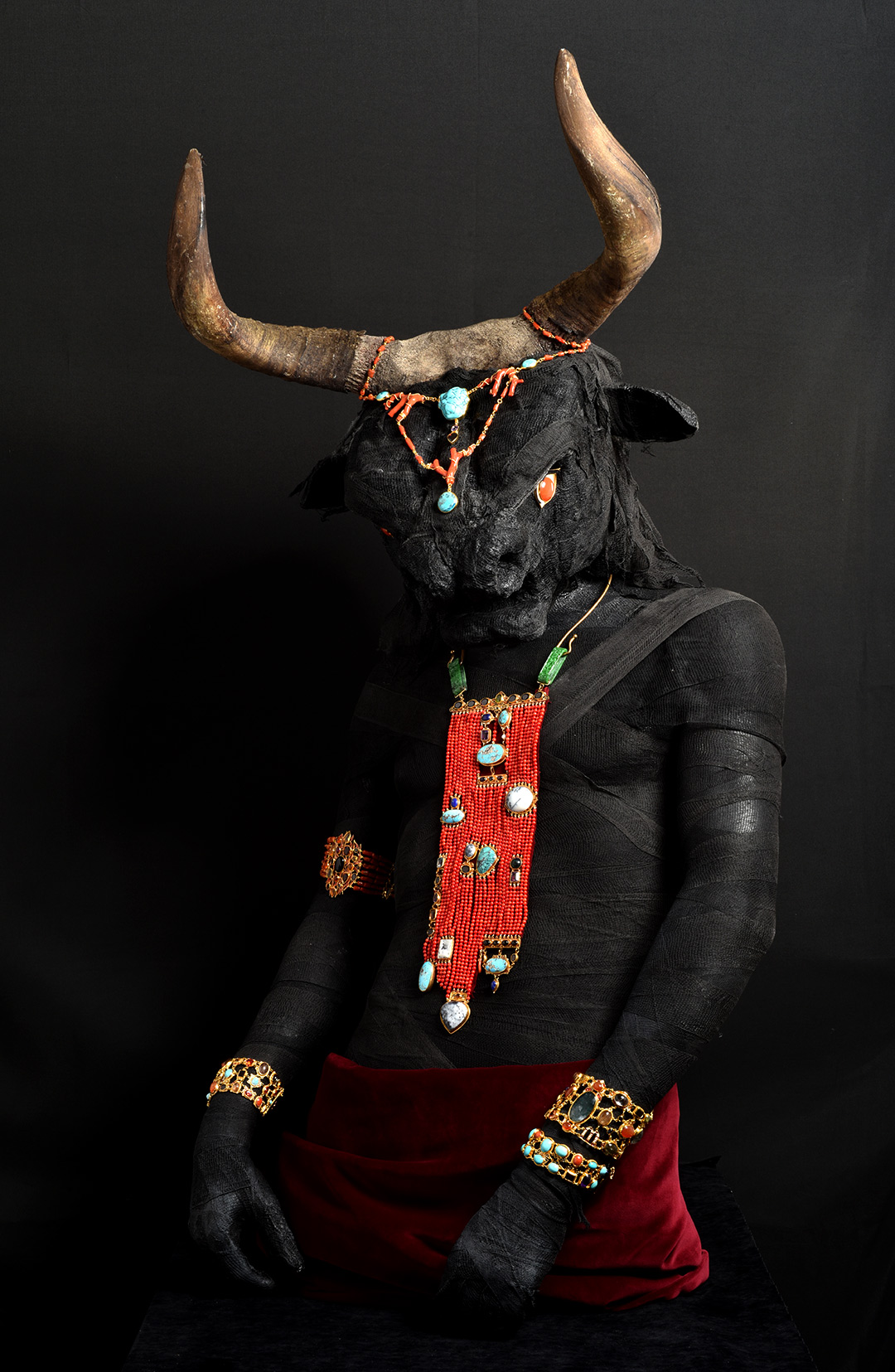 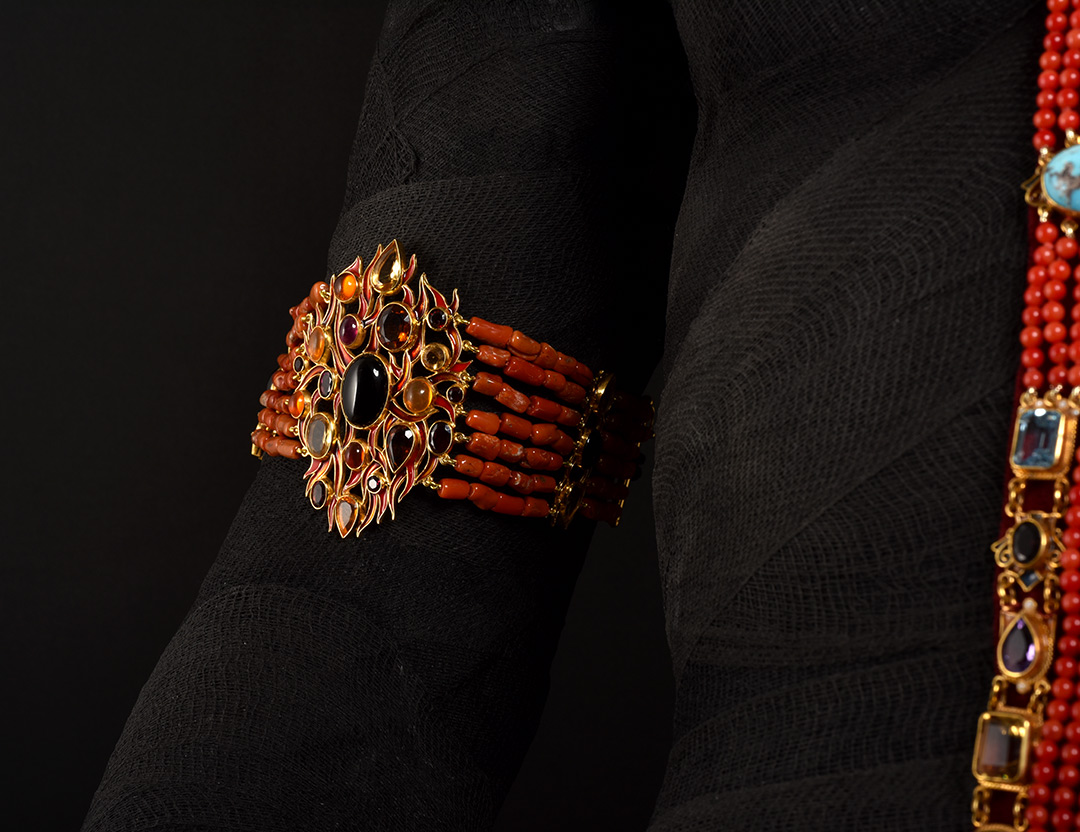 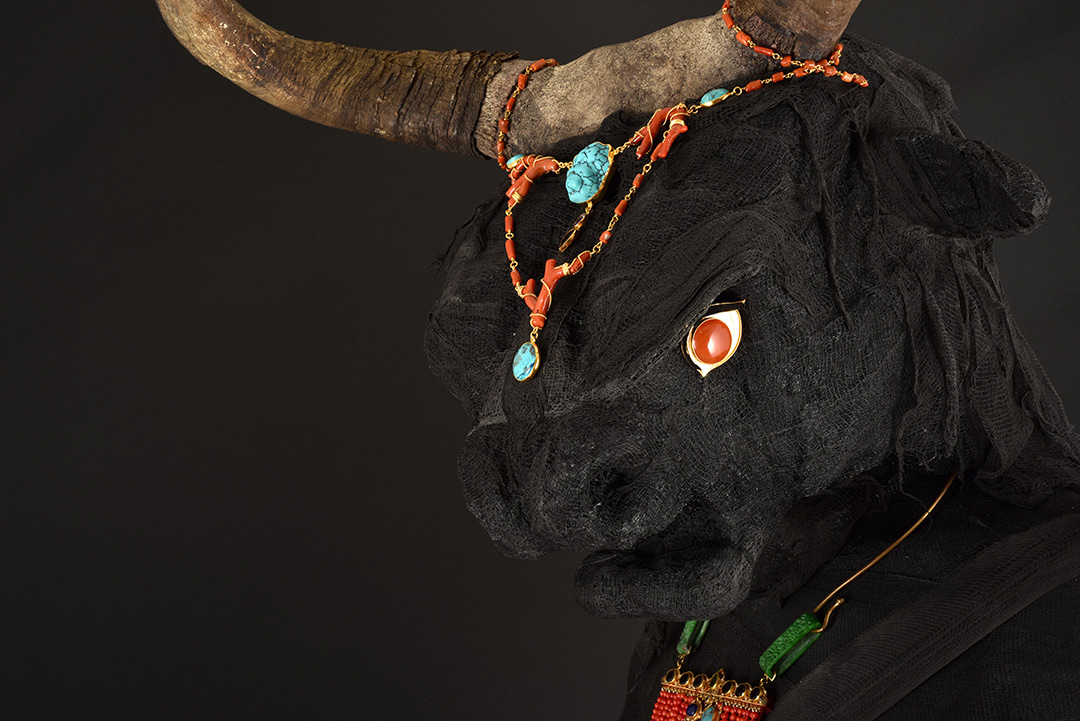 In Iconography, the Erinyes (Alecto, Megaera and Tisiphone) are represented as winged jinni.

The jewels they wear, are, like them, fearsome andfantastical beasts. 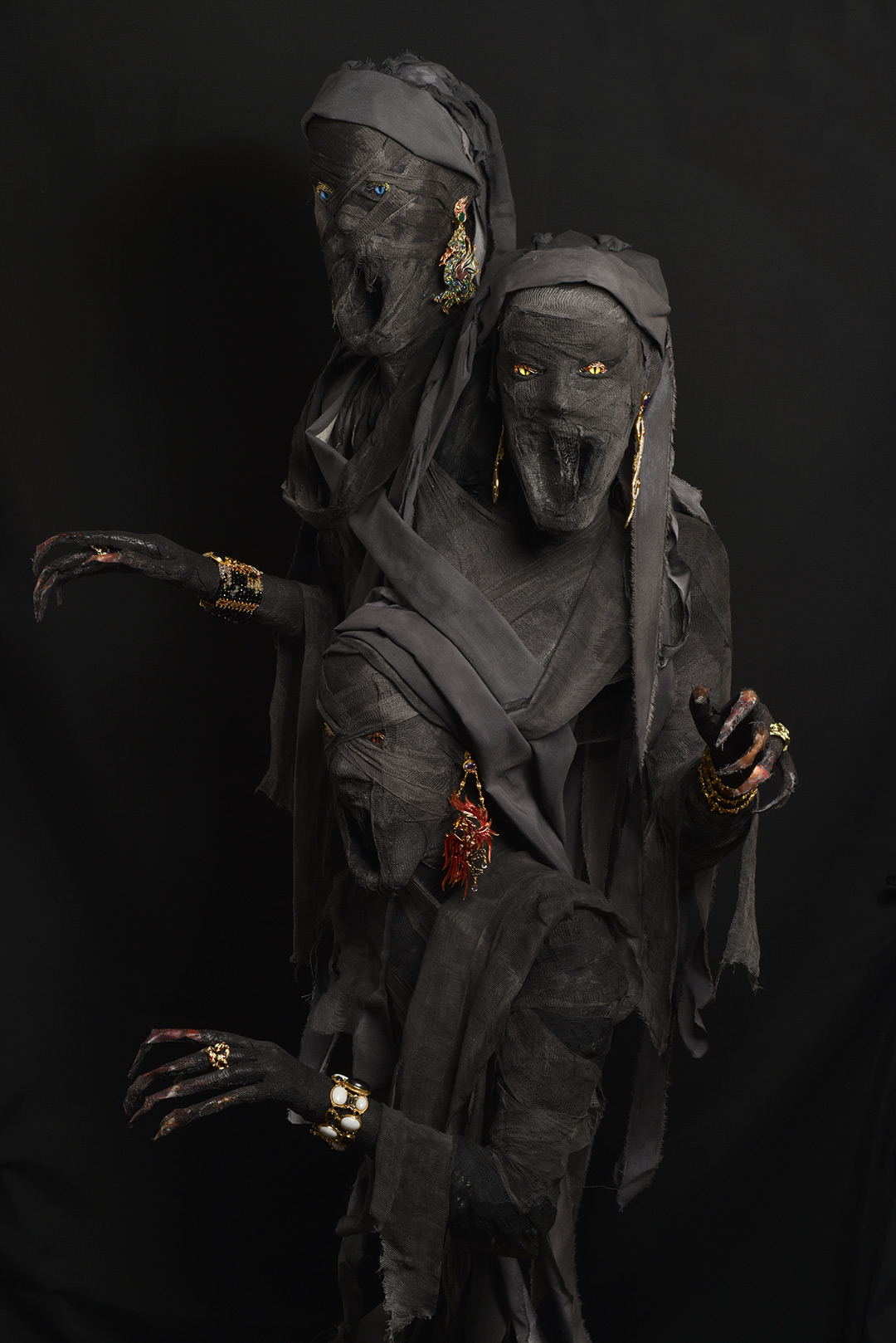 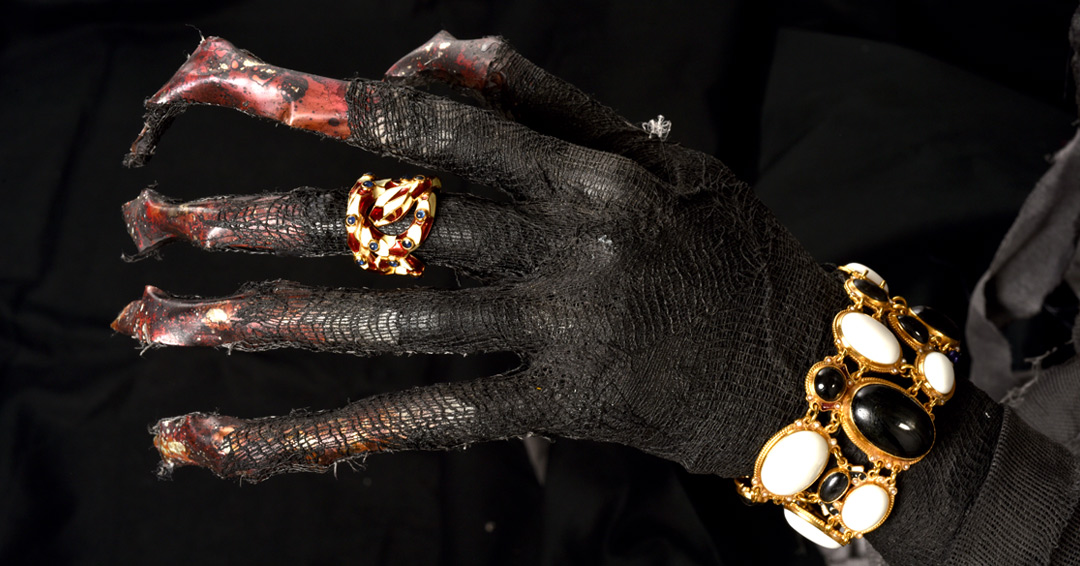 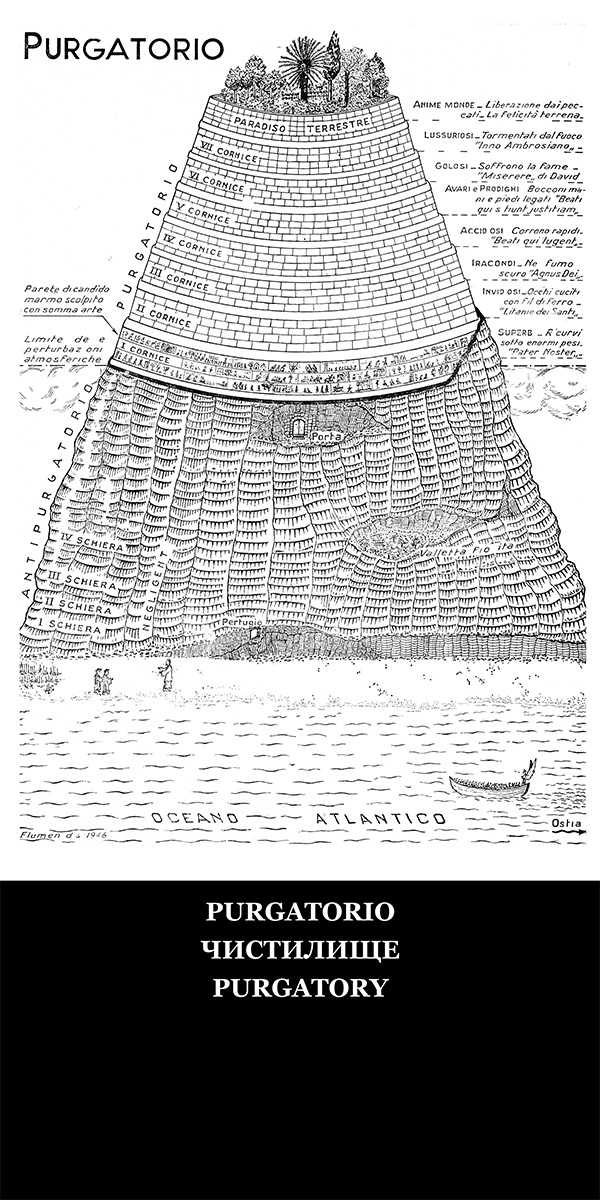 Envy leads to delight more in the suffering of others than in one’s own fortunes. Giotto, a contemporary of Dante, depicted the tongue of the envious as a viper which writhing and twisting, blinds the sinner with its venom (Scrovegni Chapel, Padua). 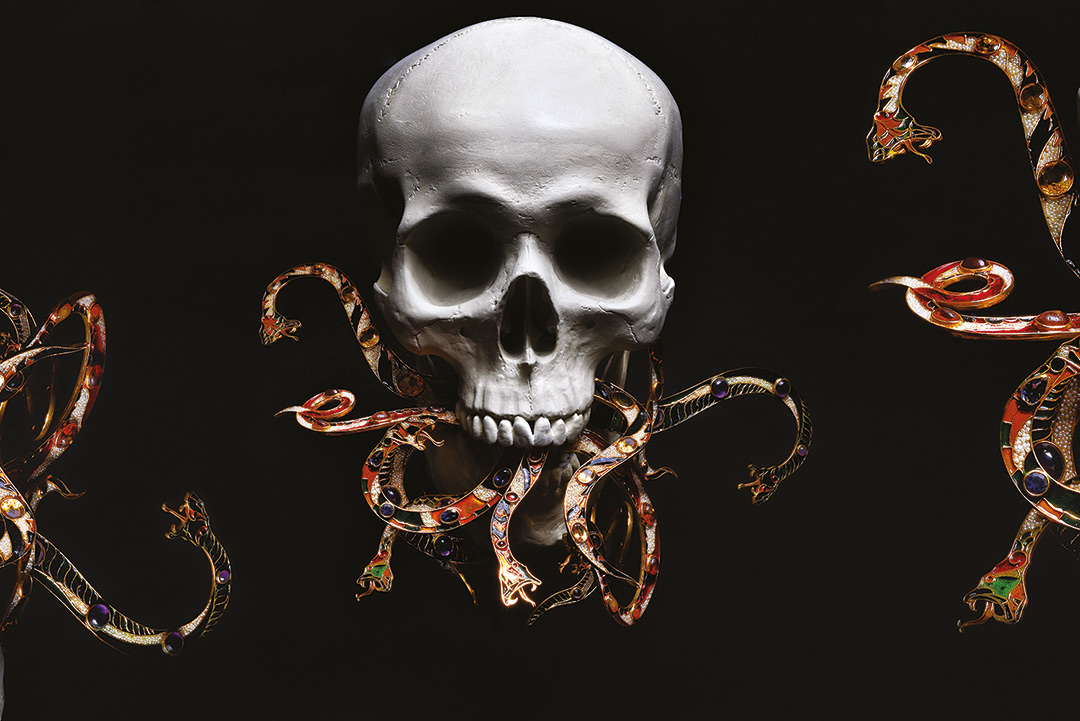 Both misers and squanderers are inflicted with the same punishment as their vice is moved by the same sentiment of immoderate desire for riches.

The ones acquire and hoard for the pleasure of possession while the others dilapidate their fortunes without care or reason. 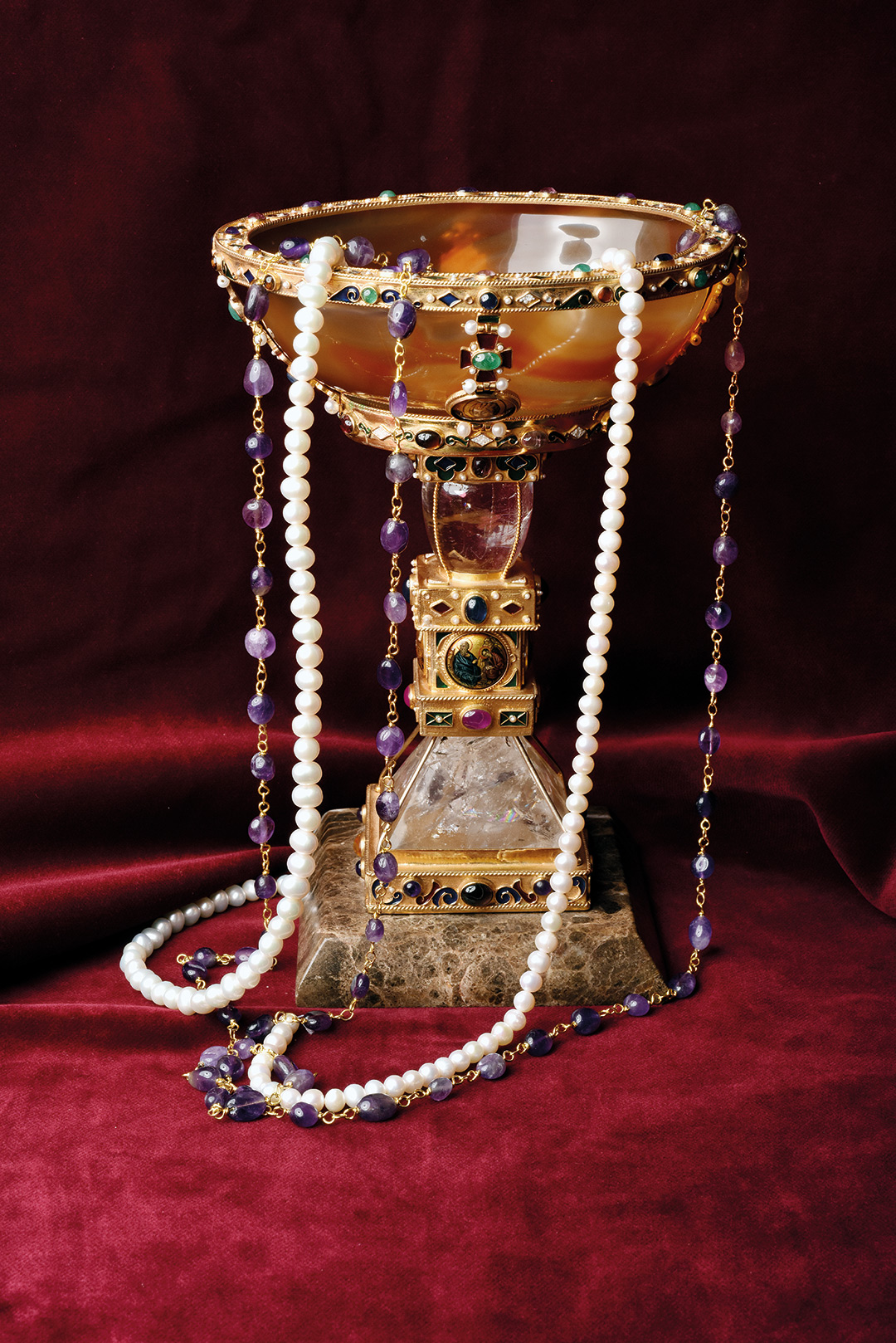 In Paradise, however, needs must to go beyond Reason.

Beatrice personifies the theological virtue of Faith, the capacity to perceive the Divine mystery through emotion and intuition. 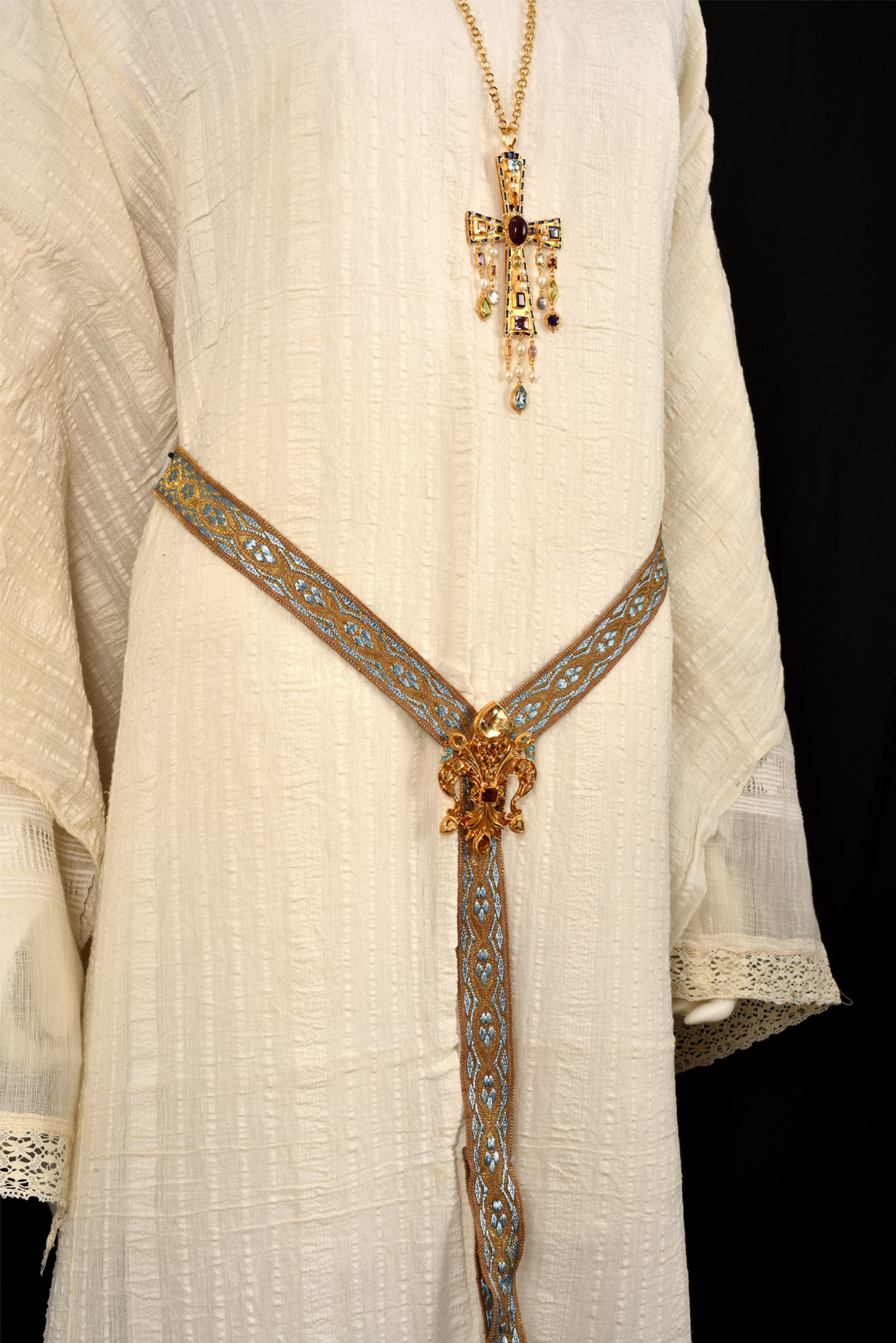 In Paradise, the souls of pure light sit in the Candid Rose of the Blessed.

Beatrice shows Dante an empty seat upon which a crown has been placed.

It has already been prepared for the Arrigo who would descend into Italy with the purpose of re-establishing good governance in a country not yet ready to receive it.