In the heart of ancient Rome

A real jewel of the highest level of craftsmanship, considered among the italian excellences

Since 1966, Diego Percossi Papi has been showing his créations d'art and jewels in his Atelier in Via Sant'Eu- stachio, near the Pantheon in Rome. Here he has created both a style and school which are highly distinctive and recognizable and employ ancient raw materials and cloisonné enamelling techniques. His classical studies and architectural background alongside the baroque Rome of Alexander VII, Bernini and Borromini in which he is immersed, have all influenced a personal path of historical revisitation.

The atelier which has been re- nowned worldwide since the 1980s and which has been enriched by a second generation, is threaded through by ancient techniques and contemporary tools in a perfect synergy which allow it to walk the paths of histor- ical, cinematic and fashion exhibitions, all the while maintaining a limited production and staying true to the basic ethos of its creativity: the stirring of emotions through chromatisms, a creative and executional extemporaneousness and symbolisms prompted by history and memory.

The decorations are formed by small metal partitions, called cells (in French cloisons), which are welded or glued to a support plate of the work to be built, defined by different colors of enamels. To these are added pearls and multicolored stones.

The production is extremely varied and ranges from the most important jewels to art objects for furnishings.

The production is of high craftsmanship, the main technique used is that of cloisonné, an ancient technique that has its roots in Egyptian and Byzantine goldsmithing.

The main production is linked to jewels, but the atelier has always created art objects of various kinds, from ecclesiastical furnishings to accessories for Haute Couture. Percossi Papi has designed and produced jewels for numerous films, some of which have won important international awards for costumes.

"Perfection is not only technique, but it is the relationship between the customer's desire, their creativity and respect for materials." 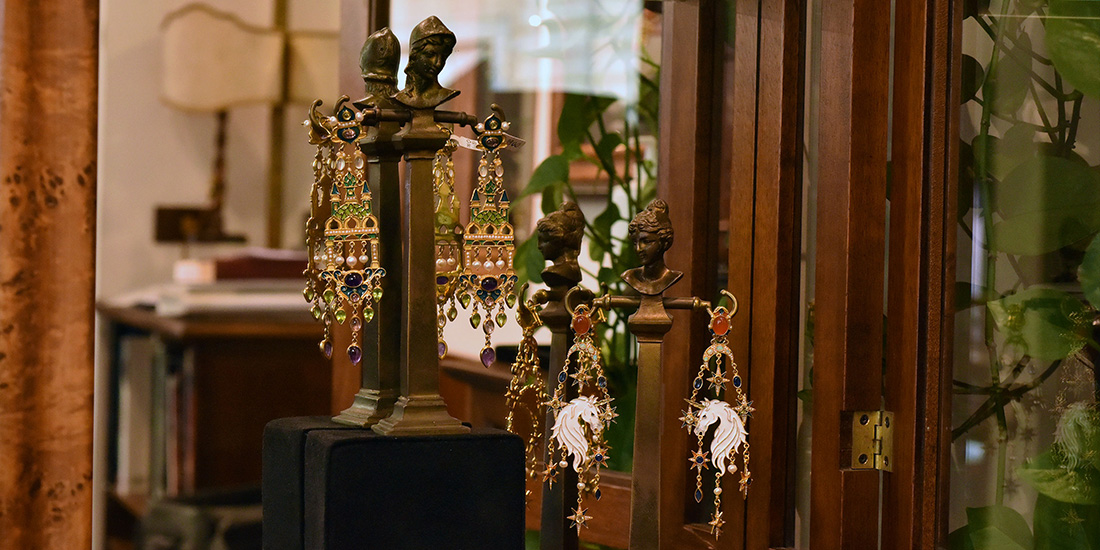